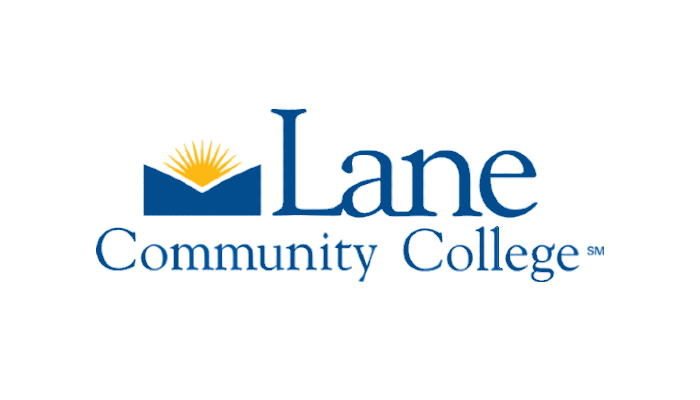 Lane Community College is a public community college in Eugene, Oregon, with additional facilities in downtown Eugene, Florence, Cottage Grove, and the Lane Aviation Academy at Eugene Airport. Lane serves more than 26,000 credit and non-credit students annually in a 5,000 square-mile (~8047 km2) service district, including most of Lane County as well as individual school districts in Benton, Linn, and Douglas counties.

Lane’s first board of education met in November 1964, with an agenda to hire faculty and staff, create curriculum, and find classroom and office space. The college became a member of the American Association of Community and Junior Colleges in August 1965. According to the college’s narrative history, “The first classes were held on September 20, 1965, at facilities at 200 North Monroe in Eugene. During that first year 1,500 students registered at the college."

Oregon’s Governor Mark Hatfield presented the college charter in October 1965, and voters passed a 5-year serial levy to support initial construction. Oregon Senator Wayne L. Morse presided as keynote speaker at the groundbreaking in January 1967. Local resident Wilfred Gonyea had donated 105.81 acres off 30th Avenue in 1965 for the main campus, and added more acreage in 1967. Two other residents, Joe Romania and Lew Williams, donated additional land for the campus in 1972, the same year Mr. and Mrs. James Christensen donated land south of Florence for a facility there.

In 1966 voters had passed a $9.6 million bond to construct the main campus in southeast Eugene, where classes began two years later. In May 1968, voters approved a $1.5 million permanent real estate tax base for operating costs, continuing the county’s widespread support for the college. Oregon Governor Tom McCall opened the new campus in 1969 by cutting a log with a chainsaw.

Lane became a founding member of the League for Innovation in the Community College in 1973.

Centers in Florence and Cottage Grove opened in 1976 and 1977. The college purchased land in 1983 to permanently house the Cottage Grove center.