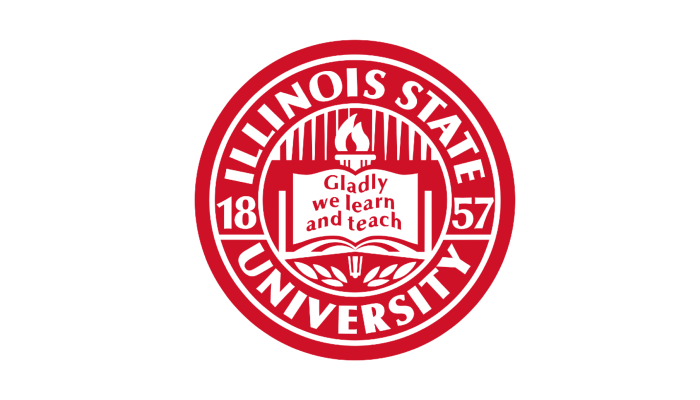 Illinois State University (ISU) is a public research university in Normal, Illinois. Founded in 1857 as Illinois State Normal University, it is the oldest public university in Illinois. The university emphasizes teaching and is recognized as one of the top ten largest producers of teachers in the US according to the American Association of Colleges of Teacher Education. It is classified among “R2: Doctoral Universities – High research activity”.

ISU was founded as a training school for teachers in 1857, the same year Illinois’ first Board of Education was convened and two years after the Free School Act was passed by the state legislature. Among its supporters were judge and future Supreme Court Justice, David Davis and local businessman and land holder Jesse W. Fell whose friend, Abraham Lincoln, was the attorney hired by the board of education to draw up legal documents to secure the school’s funding. Founded as Illinois State Normal University, its name was reflective of its primary mission as a normal school. Classes were initially held in downtown Bloomington, occupying space in Major’s Hall, which was previously the site of Lincoln’s “Lost Speech.” With the completion of Old Main in 1860, the school moved to its current campus in what was then the village of North Bloomington, which was chartered as “Normal” in 1865. The new town had named itself after the university.

In accordance with its mission, the school’s motto was originally “and gladly wold he lerne and gladly teche,” in the Middle English spelling of Geoffrey Chaucer which has since been updated to modern English in the gender-neutral form “Gladly we Learn and Teach.”