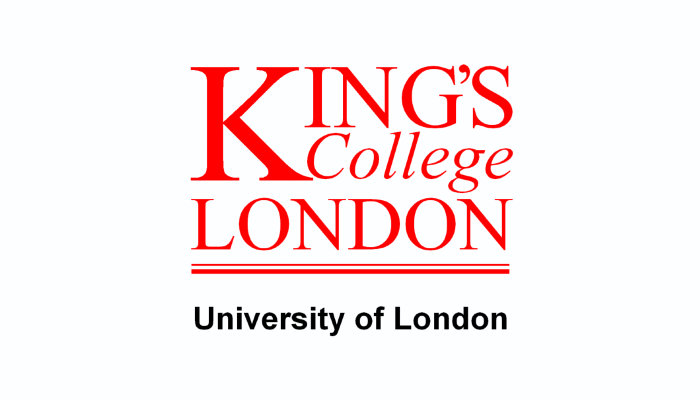 King’s College London (informally King’s or KCL) is a public research university located in London, United Kingdom, and a founding college and member institution of the federal University of London. King’s was established in 1829 by King George IV and Arthur Wellesley, 1st Duke of Wellington, when it received its first royal charter (as a university college), and is one of the oldest universities in England. In 1836, King’s became one of the two founding colleges of the University of London. In the late 20th century, King’s grew through a series of mergers, including with Queen Elizabeth College and Chelsea College of Science and Technology (in 1985), the Institute of Psychiatry (in 1997), the United Medical and Dental Schools of Guy’s and St Thomas’ Hospitals and the Florence Nightingale School of Nursing and Midwifery (in 1998).

King's has five campuses: its historic Strand Campus in central London, three other Thames-side campuses (Guy's, St Thomas' and Waterloo) nearby and one in Denmark Hill in south London. It also has a presence in Shrivenham for its professional military education and in Newquay, Cornwall, where its information service centre is based. In 2019/20, King's had a total income of £964.3 million, of which £200.5 million was from research grants and contracts. It has the fourth largest endowment of any university in the United Kingdom, and the largest of any in London. It is the 12th largest university in the United Kingdom by total enrolment. Its academic activities are organised into nine faculties, which are subdivided into numerous departments, centres, and research divisions.

It is a member of academic organisations including the Association of Commonwealth Universities, the European University Association, and the Russell Group. King's is home to six Medical Research Council centres and is a founding member of the King's Health Partners academic health sciences centre, Francis Crick Institute and MedCity. It is the largest European centre for graduate and post-graduate medical teaching and biomedical research, by number of students, and includes the world's first nursing school, the Florence Nightingale Faculty of Nursing and Midwifery. King's is at times regarded as part of the “golden triangle" of universities located in the cities of Oxford, Cambridge and London.

King's alumni and staff include 14 Nobel laureates; contributors to the discovery of DNA structure, Hepatitis C and the Higgs boson; pioneers of in-vitro fertilisation, stem cell/mammal cloning and the modern hospice movement; and key researchers advancing radar, radio, television and mobile phones. Alumni also include heads of states, governments and intergovernmental organisations; nineteen members of the current House of Commons and seventeen members of the current House of Lords; and the recipients of three Oscars, three Grammys and one Emmy.

King's enjoys royal patronage by virtue of its foundation. The current patron is Queen Elizabeth II.