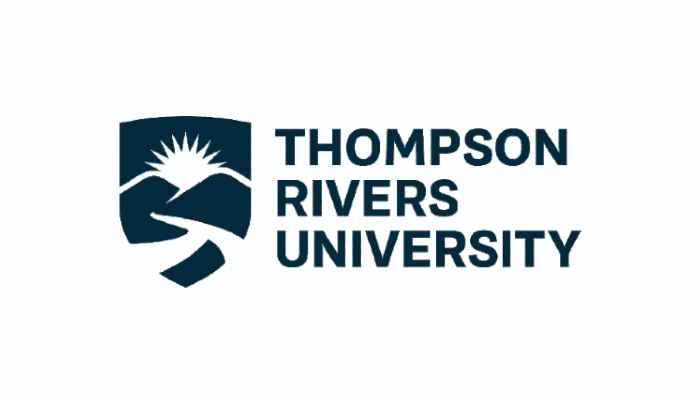 Thompson Rivers University (commonly referred to as TRU) is a public teaching and research university offering undergraduate and graduate degrees and vocational training. Its main campus is in Kamloops, British Columbia, Canada, and its name comes from the two rivers which converge in Kamloops, the North Thompson and South Thompson. The university has a satellite campus in Williams Lake, BC and a distance education division called TRU-Open Learning. It also has several international partnerships through its TRU World division.

Kamloops, the largest population centre in the regions now known as the Thompson-Okanagan and Cariboo-Chilcotin, was chosen by the BC provincial government as the site for one of several new two-year regional colleges to provide academic and vocational programs outside the urban centres served by the province's three universities. The Province founded Cariboo College in 1970, and classes for 367 full-time and 200 part-time students began in September, 1970, initially out of the Kamloops Indian Residential School facilities.

Cariboo offered two-year academic programs that enabled students to transfer to UBC and the newly established Simon Fraser University (SFU) and University of Victoria (UVic). The college also began vocational training programs to serve the needs of forestry, mining, and other industries in the region. Cariboo's vocational division, now known as the School of Trades and Technology, was established following the move of the college to the new campus under construction on McGill Road in September 1971. In May 1972, BC Premier W.A.C. Bennett officially opened the vocational wing. By provincial mandate, Cariboo amalgamated with the Kamloops Vocational School in 1974, providing training for occupations in demand in Kamloops and the region.