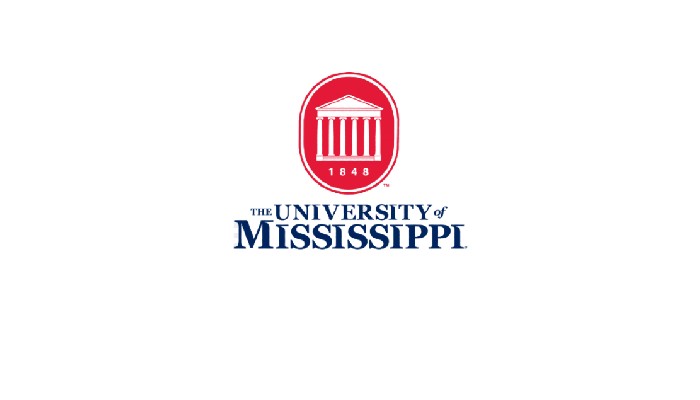 The university was chartered by the Mississippi Legislature on February 24, 1844, and four years later admitted its first enrollment of 80 students. It operated as a Confederate hospital during the Civil War and narrowly avoided destruction by Ulysses S. Grant's forces. A race riot erupted on campus in 1962 during the civil rights movement when segregationists tried to prevent the enrollment of African-American James Meredith. The university has since taken measures to improve its image. Ole Miss is closely associated with writer William Faulkner and owns and manages his former home Rowan Oak. Two sites on campus, Barnard Observatory and the Lyceum–The Circle Historic District, are listed on the National Register of Historic Places.

Ole Miss is classified among “R1: Doctoral Universities – Very high research activity". The university is one of 33 colleges and universities participating in the National Sea Grant Program and a participant in the National Space Grant College and Fellowship Program. Its research efforts include the National Center for Physics Acoustics and the Mississippi Center for Supercomputing Research. Its federally contracted marijuana facility serves as the only Food and Drug Administration-approved source for cannabis research. The university also operates interdisciplinary institutes such as the Center for the Study of Southern Culture. Its athletic teams compete as the Ole Miss Rebels in the National Collegiate Athletic Association, Southeastern Conference, Division I.

The university's alumni include 5 US senators, 10 governors, 27 Rhodes Scholars, and a Nobel Prize Laureate. Other alumni have received honors such as Emmy Awards, Grammy Awards, and Pulitzer Prizes. Its medical center performed the first human lung transplant and animal-to-human heart transplant.